Brushduck is calling on its legions to contribute to Visit Britain’s “GREAT names” campaign, which encourages Chinese visitors to come up with Chinese names for top GB landmarks!

Inspiring vid with top production released earlier this month below:

But we think you can do better than that!

Make sure to copy your suggestions below please..!

In the land of the blind, the man with one Weetabix is king.

In a brief round up of news from the central kingdom:

Chen had campaigned against forced abortions in his home province of Shandong and had met the brunt of provincial official brutality. Until he knocked on the US door of the US embassy….

either breakfasts in China will start getting better, or breakfast in England will be full of cadmium dihydrophosphodiesterase E4934.

What next? Curly Wurlys and petit filous watch out..

I have just read an interesting article from China Dialogue on how top sporting brands: Nike, Adidas, Puma, Li Ning etc are getting together for a ‘detox’. The world’s top sporting brands are setting out a plan to ‘wean themselves off’ the toxins they use to dye clothing.

In August last year Nike committed to a challenge set by Greenpeace to ‘eliminating all hazardous chemicals across its entire supply chain, and the entire life-cycle of its products by 2020’

Puma have also agreed to up their game and have been taking steps to evaluate their environmental cost. They have ‘calculated that the cost their operations had imposed on the natural environment last year through their greenhouse-gas emissions and water consumption was 94.4 million euros’

I happen to be reading an excellent book on the history of cancer at the moment and just read about how many of the toxins this article talks about were discovered.

In the mid 19th century, the cotton industry was undergoing a revolution and  represented about 50% of all of the British exports, however, extracting the dyes used to colour the cotton was still a labour intensive process. The booming cotton industry led to new techniques of dyeing being developed and hastened the creation of the field of synthetic chemistry.

The new dyes that were being developed led chemists to create a whole range of chemical byproducts: solvents, alcohols, alkaloids, amides, alizarins and other non natural chemicals. It was the development of these synthetic chemicals that gave birth to modern pharmacology. They also have serious environmental consequences and it has taken a while for any clothing corporations to take notice. I wonder how long it will take big pharmaceuticals to follow suit.

Pretty good for a beer ad.

Never Say No To Panda

Best advert I have seen in a while.

World’s most popular beer? Want to pee on a turtle?

Any idea what the most popular beer in the world is?

Sitting back with your friends enjoying a bud? Waaazzzzup?

enjoy drinking what is probably the best lager?

Would you give a XXXX for it? Best things come to those who wait? 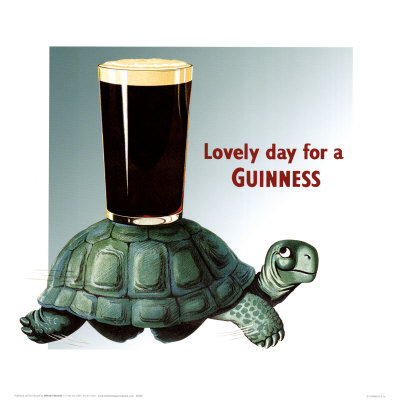 No. The world’s most popular beer is Snow Beer (雪花啤酒)

According to the Telegraph, the Chinese drank 16.5bn pints of Snow last year.

Although most Chinese beers taste quite samey (think of a watered down bud light), I happen to think Snow actually tastes quite nice with a spicy meal. It is pretty inoffensive. At least I thought they were until I saw their latest marketing campaign…..

Snow beer are offering several lucky punters the chance to go to Kekexili – the Tibetan plateau. Here the fortunate winners can trod around on environmentally protected ground pissing off endangered species such as the Tibetan antelope . According to Jonathan Watts’ article in the Guardian, the plateau is “China’s most treasured nature reserve’ and has a ‘No Human Zone’, which as the name implies, is not supposed to be visited by anyone, yet Snow have gone ahead with their promotion even before they have permission.”

It would be as if Fosters offered their punters the chance for a lads holiday to the Galapagos islands to go and drink some brews, piss on a turtle’s face and eat its eggs in a giant fry up.

I should stop now, I don’t want to give them any ideas for competitions.