Now, people in some quarters have claimed that Brushduck was not even aware that the Asian Cup – Australia 2015 was taking place, let alone that China was taking part, having qualified for their 11th straight championship.  While there might be some truth to this, it doesn’t matter, as we now bring you this Sports Report special on China’s progress in the competition. 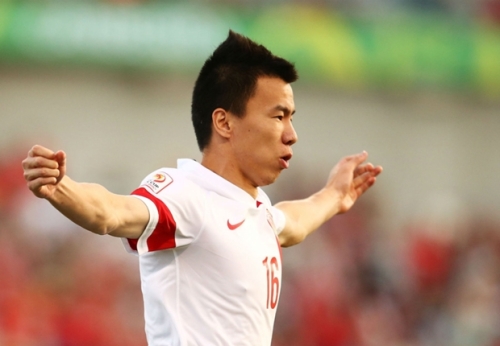 Unfortunately it all came to a dramatic end at the Brisbane Stadium against the home nation in the last-8, as China failed to take advantage of early pressure and veteren Socceroos’ talisman Tim Cahill  ensured his side’s progress with a couple of beauties, including this overhead effort:

Australia take on UAE in the semis as they hunt for their first Asian Cup triumph on their fourth attempt.

What do you get if you cross an Australian with the Dalai Lama?

If you are going to try your new gag material out on someone, why not try it on the spiritual leader of Tibetan Buddhism?

One plucky Australian journalist thought he would try his joke out on live TV on his Holiness the Dalai Lama.

You have to give him some credit for giving it a go. Apparently his network have canceled his upcoming interviews with the Pope, an Irishman and the Virgin Mary.