How to unload bamboo

Since the breaking news appeared on  Xi’an Up Close that a mystery mushroom had been discovered in Xi’an, it seems that the fungus has become the must have commodity on account of its amazing medicinal properties.

Rare specimens have been illicitly traded on the streets:

And recipes to bring out the best of the elusive mycetoza’s special qualities have appeared online:

Predicting a 21st century gold rush I’m off to Shaanxi province to see if I can’t grab a few.  These will be available for £199.99/kg on return, cheques to Brushduck.

Botanical types tend to get pretty excited about photographing plants and flowers that bear a fierce vaginal resemblance.  Can only imagine what they made of this amazing rural Xi’an find – a remarkably shaped mushroom-like plant.

Once my friend fell down a  road work hole on a Chinese university campus – only to be told by a passer-by “You’re not allowed to stand in that hole.”

What do you get if you cross an Australian with the Dalai Lama?

If you are going to try your new gag material out on someone, why not try it on the spiritual leader of Tibetan Buddhism?

One plucky Australian journalist thought he would try his joke out on live TV on his Holiness the Dalai Lama.

You have to give him some credit for giving it a go. Apparently his network have canceled his upcoming interviews with the Pope, an Irishman and the Virgin Mary. 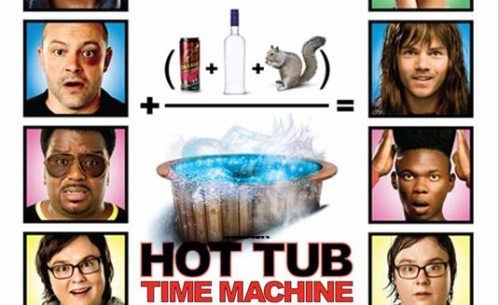 As part of the cultural crackdown in China, State Administration of Radio Film and Television (SARFT) has decided to discourage plots using time travel or other surreal devices in its TV shows.

According to CNN: they are discouraging plot lines that contain elements of “fantasy, time-travel, random compilations of mythical stories, bizarre plots, absurd techniques, even propagating feudal superstitions, fatalism and reincarnation, ambiguous moral lessons, and a lack of positive thinking.”

If you have ever watched a Chinese epic drama you may be perplexed how they are going to do this. The Chinese classic ‘Journey to the West’ centers around a Monkey born out of a stone egg who eats a magic peach and then gains immortal powers. His powers include the ability to pluck hairs from his body, blow on them and convert them into whatever he wants.

Year of the rabbit – looks frightening

(This really is a significant year)